It’s basically a big patch of floating rubbish in the middle of the Pacific Ocean, but what is it made of and how did it get there?

One of the key problems with plastics is that they take a long time to break down and decompose naturally. Plastic items can take up to 1000 years to decompose in landfills, including plastic bags which take 10-1000 years, and plastic bottles can take 450 years or more.

With so much plastic hanging around for long periods of time it is only inevitable that some makes its way into our water ways and oceans, causing big problems. It is estimated that 8 million tonnes of plastic are entering the ocean each year from rivers.  By the year 2050 there will be more plastic in the ocean than fish. 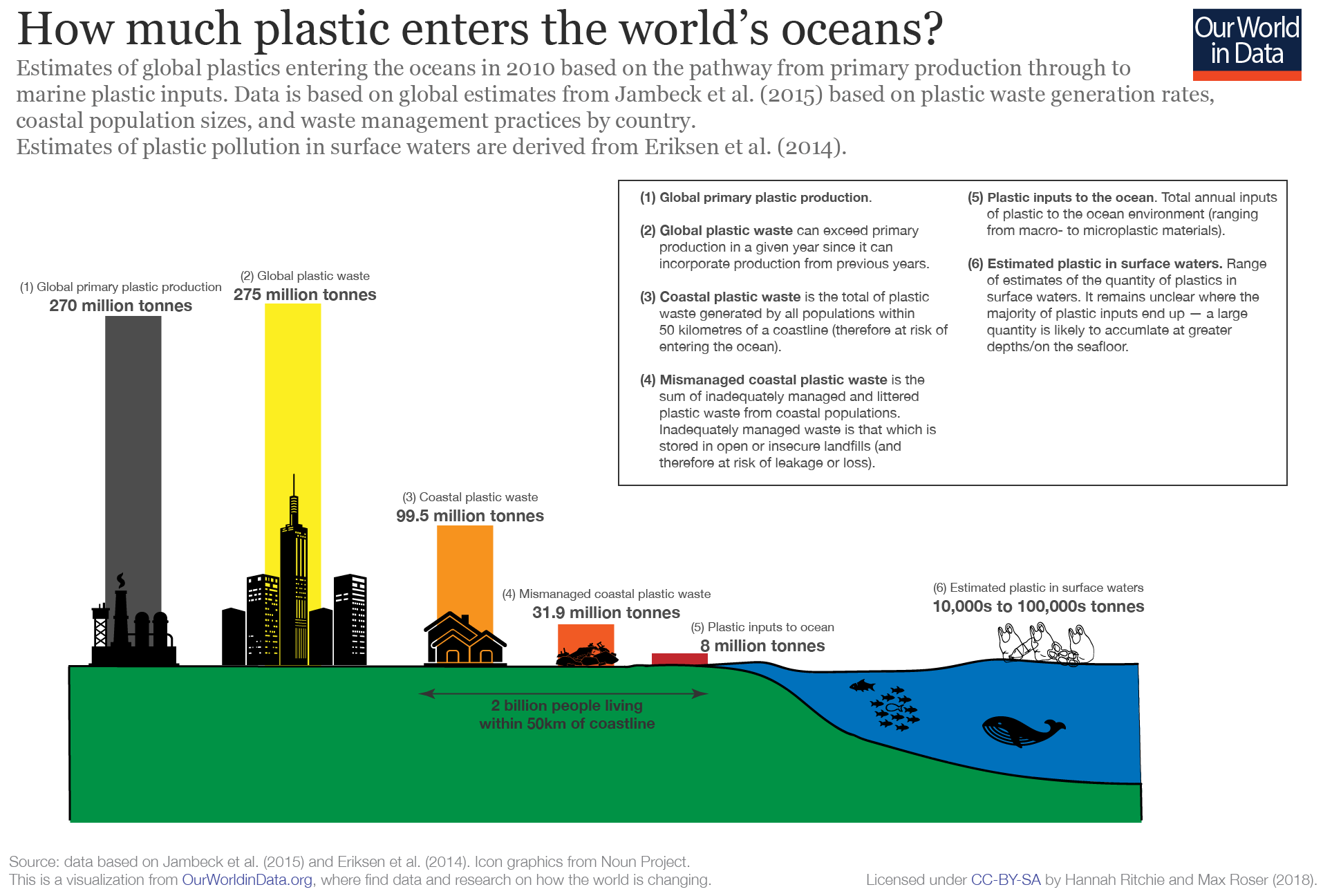 More than half of this plastic is less dense than the water, meaning that it will not sink once it enters the sea. The stronger, more buoyant plastics can transported 1000s of kilometres. They persist floating in the oceans, transported by sea currents and finally accumulate in what are known as offshore ‘plastic accumulation zones’.

There are four of these zones in each of the world’s main oceans (although not the Indian Ocean), and the largest is located halfway between Hawaii and California, known as the Great Pacific Garbage Patch.

Once plastics enter a plastic accumulation zone they are unlikely to leave the area until they degrade into smaller microplastics under the effects of sun, waves and marine life.

But let’s be clear that breaking down is not biodegradation or dissolving, and microplastics continue to pose a significant problem to marine wildlife including fish.

It is projected that by 2050, 99% of all sea bird species will have ingested plastic, where mortality rates can be “up to” 50%. And, already, research has shown microplastic in sea salt, 94% of U.S. tap water, and shellfish.

Scientists at the UGA New Materials Institute conducted a new study which discovered microplastics particles smaller than dust or powdered sugar inside baby sea turtles. Of the turtles studied in this research, 100% were found to have eaten plastic. These baby sea turtles were likely dying due to ingested plastic pollution, and threatens the species’ survival.

Doesn’t sound too good does it – luckily we have choices, and there are some things we can do reduce and change our use and dependancy on plastics use and production.

Featured image – THE OCEAN CLEANUP – It’s estimated that between 1.15 to 2.41 million tonnes of plastic are entering the ocean each year.

One thought on “What exactly is the Great Pacific Garbage Patch?”